Deadpool is an action-adventure video game developed by High Moon Studios and published by Activision. The story was written by Daniel Way and is based on the Marvel Comics antihero that bears the same name. The game was released for the American audience on the 25th of June 2013 for PC, PlayStation 3, and Xbox 360. Two days later, it was released for the European market. Before its release, it was announced at the San Diego Comic-Con in 2012. That event saw Deadpool storming a High Moon Studios to announce and promote the game himself.

After that stunt came an article on the Marvel website which verified that the game was at its developmental stage. Once again, the article was authored by Deadpool, stating that he had solicited the services of High Moon specifically to create the game on his behalf. The Deadpool character is voiced by American actor Nolan Ramsey North, the same voice you’ll hear in other cartoons and earlier video games featuring Deadpool. 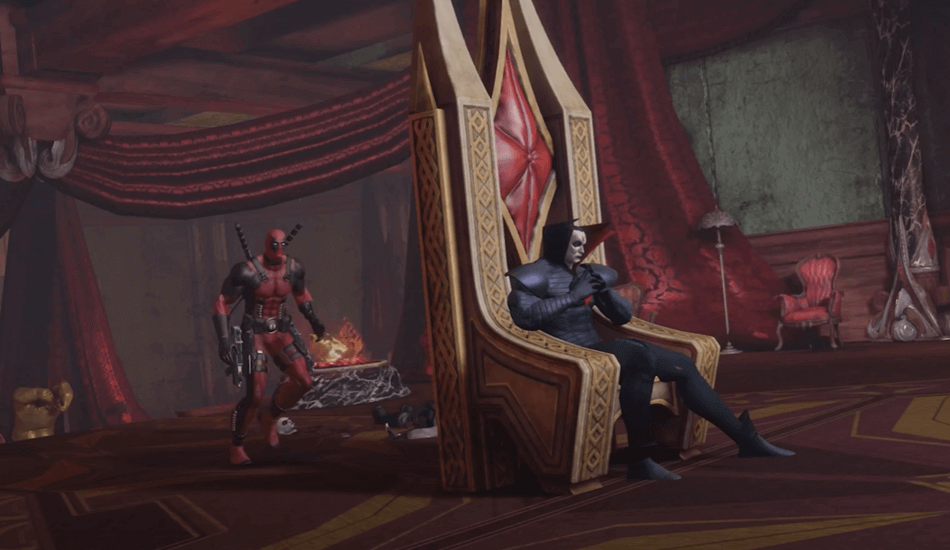 Daniel Way’s story commences with the kidnapping of staff of High Moon Studios by Deadpool. His demand before freeing his hostages was simple – that High Moon should develop an unparalleled superhero game showcasing him as the lead character.

Deadpool’s major exploits in the game center on his adventures to kill the corrupt media mogul, Chance White. But his plan to eliminate White is foiled by Mister Sinister who also inflicts significant pecuniary costs on Deadpool in the process.

The unhappy Deadpool seeks revenge against Sinister and thus allies with X-Men and Cable. He is subsequently dispatched to Genosha Island which is inhabited by mutants. The same Genosha is where Sinister visits in search of a new DNA that will enable him to form a strong army.